Emotional intelligence was the hot topic in leadership and organisational culture 4-5 years ago. But trends move quickly in this industry and emotional intelligence has lost centre stage. It has been replaced by the notions of psychological safety and diversity & inclusion. The big drive, in organisations currently, is towards creating an environment that fosters psychological safety and promotes diversity and inclusion.

It is not necessarily the fault of emotional intelligence as an idea that it has lost centre-stage. Trends in leadership and organisational culture are driven by popular discourse and global, geopolitical currents. Corporates are now one of the most important platforms for ongoing ideological struggle. Because of this, the organisation is the context within which ideological voices beyond the organisation itself get expressed. In a sense, modern organisations, particularly large corporates, are all the setting of a great social experiment. There is an ongoing war of ideas and the corporate organisation is a primary battleground.

But, what does this mean for emotional intelligence? Does EQ remain a significant variable in fostering effective leadership and healthy organisational culture?

What is emotional intelligence?

Emotional intelligence or EQ is often juxtaposed against IQ. IQ can be understood as raw processing power. How quickly can you absorb, understand, integrate and express complex information? EQ on the other hand is not concerned with your ability to deal well with complex information. Rather it is concerned with your ability to understand and deal with human emotion.

One of the key issues that affect the relevance of emotional intelligence as an idea however is its limited scope. If all there is to having EQ is understanding and managing emotions, this does not by itself ensure good leadership and a healthy organisational culture.

Shedding light on the issue of intent

Daniel Goleman has clearly recognised the significance of intent. But, the conversation around emotional intelligence is not explicit enough about it. We particularly see the importance of benevolent intent in the element of empathy.

This is also a very good description of what the intent to give involves. The intent to give is also a matter of suspending your agenda for the sake of another. This is the opposite of the intent to take. When I want to take or get something from someone else, I prioritise my agenda. This is the most destructive thing possible in a leadership relationship. It demonstrates to the other person that I do not have a genuine concern for them and that I view them as a means to my end. Put simply, I don’t care about them. This is an attribute of my intent or my deeper motives.

Emotional intelligence is therefore an invitation to leaders to care sincerely about their people. Daniel Goleman has expertly articulated some of the various aspects of what caring for your people involves. I believe that this is the foundation of effective leadership and a healthy organisational culture.

Emotional Intelligence then is very helpful on the soft part of leadership. It helps leaders cultivate relationships of mutual care and trust between leaders and their direct reports. Another area that is a bit light however is the issue of pushing for performance. It is important to bear in mind that leadership is not friendship. Leadership has to have a hard edge that is intolerant of poor performance.

From an emotional intelligence perspective, this is a tricky question. We need to square the soft caring side of leadership that is concerned for the well being of people, with the hard part which is intolerant of poor performance. Once again though, the concept of intent is very helpful here.

Being intolerant of poor performance is a matter of holding people accountable. It is very important to understand that we can hold people accountable for their interests. The whole idea of empowerment includes the idea of accountability. Ordinarily, we think that empowering a person means making them able and providing means. Very often we neglect the issue of accountability. But, at the end of the day, you can’t empower a person if you are not willing to hold them accountable. It is only once you are willing to hold someone accountable that you can actually engage their will. And, if you have not managed to engage a person’s will, then you have not managed to empower that person.

This is one of the key insights into Care and Growth. Being intolerant of poor performance is not inconsistent with caring for someone. In fact, we reserve the highest respect for those who are willing to be hard on us, provided we recognise that they intend to empower. Fundamentally then, leadership excellence is a matter of purity of intent. This partly involves having a soft caring demeanour. It also partly involves being hard and holding accountable with the intent to empower.

If you are interested in attending one of our free webinars on Care and Growth, please check out our calendar for upcoming dates. 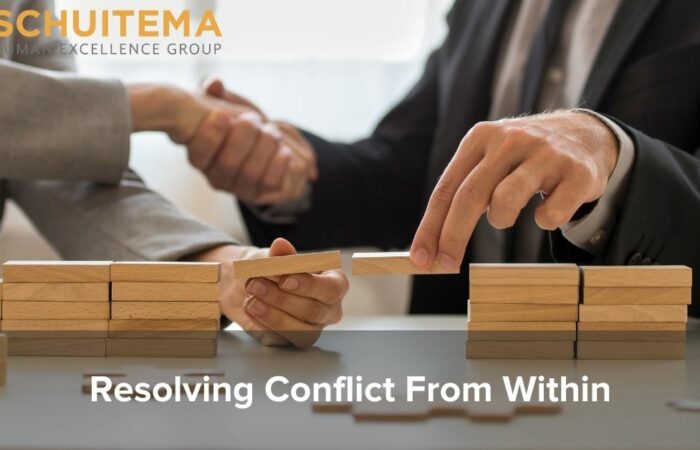