The “Managers VS Leaders” is a well spoken about topic in many organisations. “Tell us the best way to step forward and achieve those goals?!” In fact, its not about the managers and leaders, but all about how they equip their teams.

When there is a job to be done, a manager assigns the job to the person perceived to be most willing and able to do the task at hand. Tasks come from goals that need to be met, in order to achieve a certain vision.

The concern of a manager is that the required output, in terms of both quantity and quality, is delivered. Whether the person who does the job is excellent or mediocre is in fact immaterial. Excellence in the person is not the manager’s job.

Lauren Clarke, writer for 6Q, writes a great report on what experts say about the difference between Managers and Leaders. She says that to manage means to handle. This  implies a high degree of direct involvement.

A leader, unlike a manager, is concerned with the excellence of his / her people. In fact, they are relentless in the pursuit of excellence in people. Not as a means to an end, but as an end in itself. The opportunity for a leader to achieve excellence in their people, lie in the tasks that need to be done.

As we know there are many different opinions on which is better. Opinions on how a manager (or a leader) should act, and which qualities they should have. But as the common saying goes, we are all leaders. Leaders of our own lives. We have our own vision, our own mission and our own goals we need to achieve. And just as we are all leaders, we are all managers. We need to dissect our vision into smaller goals, and then into tasks, which we need to accomplish everyday. We need to manage our day to day, to achieve those tasks.

Sometimes you, as your own leader (and manager), step into a place where someone else has a higher position in authority than you. This still doesn’t take your own leadership capabilities away, it just means you would use it in a different form.

Leaders take a step back, look at the ‘bigger picture’ and take the necessary steps to get to the desired outcome. A leader, just like a coach of a sports’ team, ensure that the team members are fully equipped to play their best, in order to win the game.

The coach’s job to set the players up for success, just as a leader would

If you follow sport, you will know that in team sports there is a coach, the captain of the team and the players. Not forgetting that there game on match day and a result of the game.

While playing the game, the coach has little to do with the result. This is in the hands of the players who play the game and put the result on the scoreboard.  How the game is played and the resultant score are, however, not irrelevant to the coach. While the game and the score are not the coach’s job, both are critically important. As these are the tools used by the coach, to be a better coach.  This vital information is what the coach needs and uses to enable the players to keep getting better at playing the game.

The coach has two primary tasks, firstly what the coach does when the game is being played.  The coach’s attention at the game is not on the scoreboard but rather on the players. He focuses on how well they are playing and how each of their contributions impact on the scoreboard.  This information is vital as the coach will use it to carry out the second task. This takes place at the following practice session.  What has been learned and observed by “watching the game”, the coach knows how to design the practice activities that will set the players up to play a better game at next week’s match.

Leaders, like coaches, cultivate exceptional teams who take it upon themselves to produce exceptional results.

Jake White, one of the former South African rugby coaches, explained this coaching role perfectly when he said that he had ‘slept like a baby’ the night before the 2007 World Cup Final in Paris.

When asked how he could sleep so peacefully when his biggest challenge as a coach still lay ahead, he disagreed and said that he had ‘slept like a baby’ because his job was done in the lead up to the final. It was now over to the players to put it all into the game.  The job that he had was to produce, what was at the time, the best rugby team in the world.  It was this team that ran onto the field and played their final game that brought the World Cup back to South Africa.

Managers and Leaders enable their people

The coaching analogy defines what a leaders role consists of. A broader perspective on how a leader carries out their vision. But leaders would have no ground to stand on without their people. The coach would have no purpose if their team had no players. Just as the role of a leader is important to guide the team, the team is more important as they make up the body to be guided. And those bodies require nourishment and support, as anyone would. Nourishment comes in different shapes within a business environment. Take a look at our Care & Growth Model to read more about enriching your teams.

If you want to read more about Care & Growth Leadership, take a look at Etsko’s book: The Two Sandals 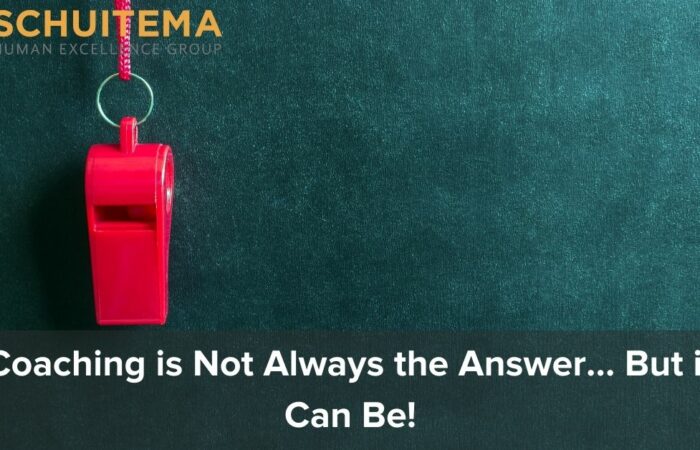 Coaching is Not Always the Answer… But it Can Be! 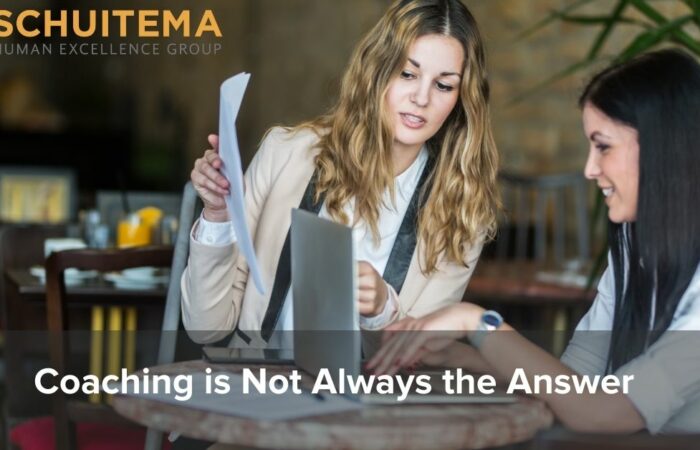 Coaching is Not Always the Answer