Trait-based leadership is perhaps the oldest perspective on the topic of leadership effectiveness; this is at least according to James Scoulier and Alan Chapman. The approach is simple and obvious: Identify the traits that will make a leader successful.  To give you a sense of how old this approach is; Ralph Stogdill was the first to officially challenge it, all the way back in 1948.

What can be learned from the trait-based approach to leadership?

What is a Trait?

Trait-leadership is defined as an integrated pattern of personal characteristics that… foster consistent leadership effectiveness across a variety of group and organisational situations. The key idea here is that being a great leader is about having the leadership personality traits.

A personality trait is a distinguishing quality or characteristic of a person. Our personalities are made of very many traits in all sorts of combinations.

According to trait theory, personality traits are also thought to be relatively fixed and unchanging. As an example, we typically would think that a shy person will always be shy, assuming that shyness is one of their personality traits. If we assume that this is true, it means that our personalities are largely determined for us from birth, or at least an early age; and we have little ability to change the traits that define who we are.

One of the consequence of this is that great leaders are born, not made. Above all, this makes leadership innate, which means that you have to be born a leader. This poses serious questions about how much one can improve their leadership abilities. In fact, it calls into question the possibility of improving our leadership abilities because you either have the leadership traits or you don’t.

From a training and development point of view, this means that no amount of training will turn a non-natural leader into a great leader. You may be able to improve leadership abilities to some limited degree with training. But there is no replacement for the innate character traits that make a leader.

What is wrong with Trait-Based Leadership?

I will start with the second part of this question: what does trait-based leadership clearly get wrong?

Ralph Stogdill examined data from over 100 leadership studies. In the course of his study, he came to the conclusion that there are too many qualities that make up a successful leader for this sort of analysis to be useful. There are simply too many leadership traits. The problem is that you can’t identify a single, limited set of traits that are applicable in all contexts.

What happens when you ask people about their ideal leader?

The conclusions that Stogdill and others came to in their studies is supported by our own extensive experience asking people to describe their ideal leader. In the course of the work we do, we have asked literally hundreds of thousands of people this question.

Whenever we ask the question, particularly in larger groups, we invariably end with a list of well over 30-40 separate descriptors; even when not allowing any repetition. This is essentially the delegates’ list of the traits that make a great leader.  Further to this, no list generated is ever exhaustive. If one were to keep pushing, it would possible to create a list that is indefinitely long.

So Stogdill’s point was right. There is an indefinitely long list of descriptors that can be appropriately used to describe the personality traits of an effective leader. People decide on the specifics of how they describe the person on the basis of where they are at as individuals.

Do all Great Leaders have something in common?

This is the obvious insight that has justified the historical popularity of trait-based leadership. There must be some personality traits that are shared by all effective leaders.

The answer to the predicament lies in Meta-analysis. Meta-analysis is a technique in which you combine data sets and examine the resultant data for recognisable trends. So, imagine we took all the possible personality traits that are associated with effective leadership and combine them into a massive data set; what trends or themes would be observable in the data?

Since this insight, we have been arguing that great leaders actually only have two primary character traits; they care about people sincerely, and they give people opportunities to grow, Care & Growth. The criteria of Care & Growth have been tested across the world in every conceivable industry and hold true in all contexts.

Finding that trait that really matters.

The beauty of the Care and Growth model is that it is gets past all the ways in which one can describe a great leader; to discover what is really at the heart of the matter. And that is really what is at issue. You can describe effective leadership in a million ways, but there is in fact a single character trait that sits underneath all of those descriptions. This trait is actually deeper than the Care & Growth criteria.

Care & Growth are essentially descriptions of what a leader ought to give. To be a leader is, clearly, to be in charge of others. More significantly, it means doing things for others. “Servant leadership” expresses exactly this idea in so many words. The leader is the one who serves. How does the leader serve? By caring for and growing those that he/she leads. In so doing, leaders earn legitimate authority; people give them the right to give instruction.

This is the heart of the leadership problem: being of service to others. This is the primary personality trait of a leader. A leader has to be the person who is here to give to others. All other traits are various descriptions of what that giving looks like, depending on the situation.

This is the help that the trait-based approach needs. It needs the sort of analysis that sees past the multiplicity to understand the singular trait that sits at the of and is responsible for all of the other observable traits. This is the power of the Care & Growth model. 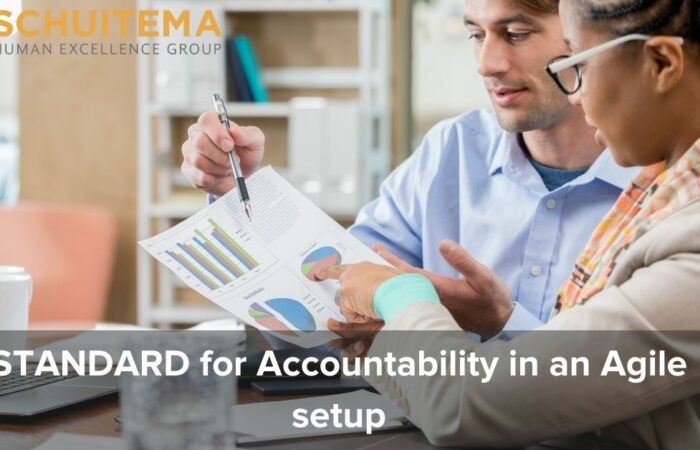