“Peer groups succeed when the individuals collaborate and fail when they compete.” – Etsko Schuitema

These three reasons can be mutually exclusive and all successful groups exhibit them in varying degrees. For example, a group may not have a benevolent intent, they may not be out to do good, but they may have good teamwork and they may have a good leader and that may be enough in the short term. However without developing all three aspects, the risk of failure is always quite high and most times, hidden. Companies, especially large ones, usually display an over reliance on just one of these factors. The same goes for societies in general. Three recent events come to mind to prove this assertion:

The Collingwood club is one of the largest Australian Rules Football clubs in Australia. There were long standing allegations of racist behaviour amongst the players. For more than ten years.. At the executive leadership level, they continued to be ignored. Until it all blew up in this year after a damning report found evidence of “systemic racism” at the club. President of the club, Radio and TV personality, Eddie McGuire had to resign out of pressure. The club got extremely bad press and now has formed an anti-racism advisory group.

This happened because the Leaders continued to deny these allegations for a long time instead of addressing them courageously within his club. At the Schuitema Group, our position is that Leaders exist to serve subordinates through Care & Growth. In this case, Eddie McGuire did not show “care” for the player who experienced racism. And didn’t courageously confront the other players by pushing them to “grow” out of it.

Our only intent is to make money – Crown Casinos and Resorts

Crown Casinos is experiencing a dominoes slide of board members resigning. Most recently, the CEO stepped down. Press is biting at their heels. Why? Because in 2016 one of their employees Jenny Jiang was jailed by Chinese authorities in Macau, for breaking Chinese gambling laws. She was just an employee doing what Crown management told her to do. This ruined her career prospects for the future and she wanted Crown to compensate her. Crown Executives said she was asking for too much (somewhere around a million). Jenny became a whistle-blower and a whole cascade of money-laundering issues accosted the company. Now, Crown has lost billions and their investors are trying to distance themselves.

How do you give a Benevolent Intent to a gambling franchise? For starters you don’t choose “making money for our shareholders at the expense of our employees”. You’ll chew yourself out. Second, if you don’t have a reason to exist beyond lining the shareholders pockets, then sooner or later, your business will start breaking the law to make more money. And sooner or later, that will blow up in your face.

So, find a reason to exist beyond money. And if you can’t, make it about doing something good for society. At the least, make it about doing something good for your employees. Something the employee can happily get behind when they’re asked why they work? How about “enriching people’s lives through amazing experiences”. It wouldn’t take a business consultant to then tell you, you can’t enrich people’s lives if your own employees aren’t happy.

Resilience in the face of a lockdown – Melbourne

My sister who lives in Houston, USA was telling me how her power went out for 10 hours due to excessive snowfall. A really cold spell just swept through multiple cities and millions were affected. She was saying how people freaked out when there was no power. Whereas she, having grown up in Pakistan, was prepared and didn’t think it was that big a deal.

Then there was the conversation I had with a friend. We were sharing our experience of being in lockdown again (Melbourne just went through a snap five day lockdown – it’s over now thankfully). My friend remarked that migrants seemed to be coping with lockdowns mentally better. At least migrants from third world countries. I thought about it and had to agree (also being a migrant myself I’m naturally biased).

Resilience individually or in groups?

So if citizens of third world countries are more resilient than their first world counterparts, why are third world societies so abysmally non-resilient in comparison? Individually, your typical first-worlder is less resilient than your typical third or second worlder. But collectively the first-worlders build more resilient societies. How? It’s because they are able to create a “culture of good citizenship”. Citizens are able to set each other up to succeed and they aren’t selfish about it, much. They’re much less constrained with allegiances to race, religious groups or political groups. Allegiance to the nation comes first.

Third and second worlders are highly resilient individually, but their contribution towards setting others up for success is much more conditional. Since they’ve had to look out for themself in a dangerous world, they are more conditional, more selfish, when it comes to contributing to others. Also they’re allegiance to race, religious group or political group comes first before the nation. So as a society they become far less resilient.

For any society, collective, tribe or team, the less conditions people have for their discretionary contributions, the higher the chances of that group’s success.

If you want to read more about Care & Growth Leadership, take a look at Etsko’s book: The Two Sandals 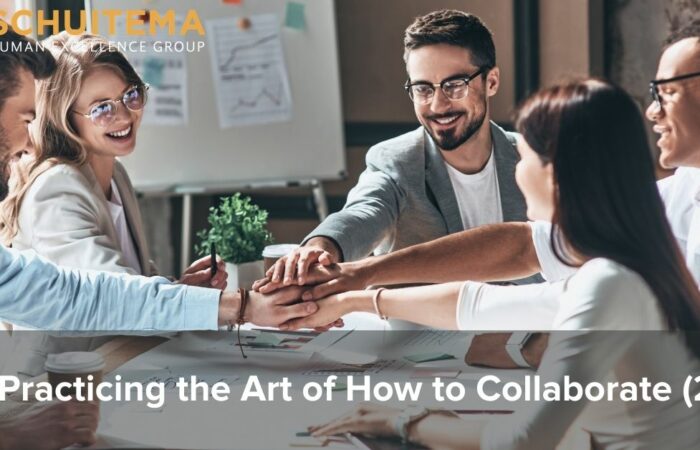 Practicing the Art of How to Collaborate (2) 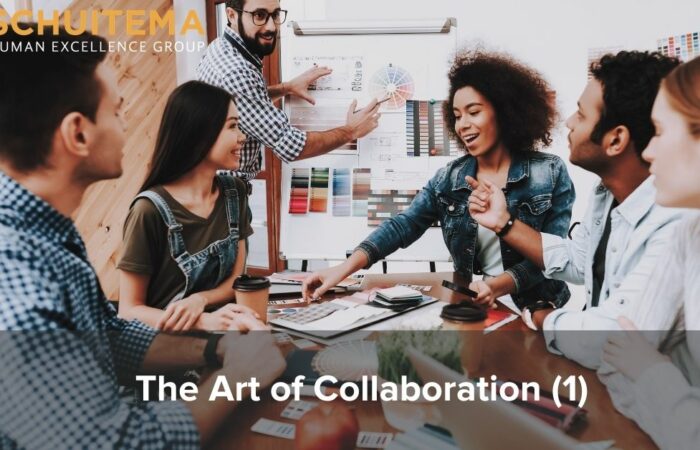 The Art of Collaboration (1)