In the course of the consulting work that we do, the most frequent complaint that I hear from managers is that their employees are not committed to the business. They feel that their relationship with the enterprise is purely expedient and that any sense of sincere care is out of the question. What is even more disturbing is that most of these managers seem to be of the view that this mindset is normative and that it is naïve to expect anything more.  Yet if you ask the same managers what would account for their loyalty and willingness at work, they would point out that this willingness is, firstly, not a function of the organisation but of the leadership provided by their super-ordinates and, more importantly, their immediate boss.

If you asked these managers who they would work for willingly they would raise a number of things, all of which could be collated into two major categories. The first category has a soft and kind ring to it, and we have come to refer to this category as “care”. Examples of this category would be things like expecting the boss to be empathetic, approachable, be supportive, and to listen. What is interesting about this category is that people want this care to be unconditional. They are basically saying that they will not be fully loyal to and committed to a boss who is only interested in what he/she can get out of them. They would want a boss who has a sincere interest in them.

The second category these managers raise has a much harder feel to it, because in many cases the consequences for the subordinate are not necessarily pleasant. It includes things such as fairness, consistency, honesty, being allowed to get on with things and so on. In all of these cases there is a sense of wanting to be accountable for their own behaviour. If you ask them why they want this accountability they would argue that that is when one learns or grows.  In short, what these managers say is that they will be loyal to a boss who cares for them and grows them. Not a boss who pays at the top of the range for the industry, or a boss that offers life time security, but rather a boss who cares for and grows them.

Astonishingly, if you ask employees the same question, they will tell you the same thing! They would also want their bosses to care for them and grow them. It turns out that the worker has exactly the same expectation that the manager has, and that is that those people in charge of him should care for him and give him an opportunity to grow. I have found these criteria to be completely universal. They are held by all people. I would like to offer an explanation for this phenomenon.

When I work for someone willingly, because I really want to, it implies that I have given that person the right to demand delivery from me. I have given this person the right to exercise power over me, to tell me what to do. This suggests that this care and growth criterion is the criterion which accounts for legitimacy of power. This makes sense when we examine the first relationship of power, namely the relationship between the parent and the child. In this relationship there are two people, a big one and a little one. The job of the big one for the little one is quite specific. The big person has to care for and grow the little one. Now, in so far as the parenting relationship is the first relationship of power, it is significant because it is therefore a principal relationship. From it we learn the basic principles of legitimacy are. It is therefore not at all surprising that all people will invoke these criteria when they consider their commitment to powerful others. It sits in their deepest intuition.

The tragedy is that while managers have these expectations of their bosses, they themselves do not consider it necessary to act consistently with these criteria themselves.  This fundamental incapacity of managers to “do as they would be done by” places accountability for the malaise of carelessness and expediency that characterises the relationship between employer and employee squarely at the door of those who are in charge at every level of the hierarchy. In the most absolute sense managers deserve the workforce that they have.

The Essence of Growth is About Accountability

Finally, it is important to understand that the essence of growth is about accountability. If we use the standard metaphor for empowerment as enabling people to fish rather than giving them a fish, it is immediately apparent that there are at least two things at issue. The one is to give the person the means to do what is required, which in the case of fishing would include things such as the rod, the reel, authority to fish and so on. Then, clearly you need to foster the ability to fish, in terms of skill and knowledge. 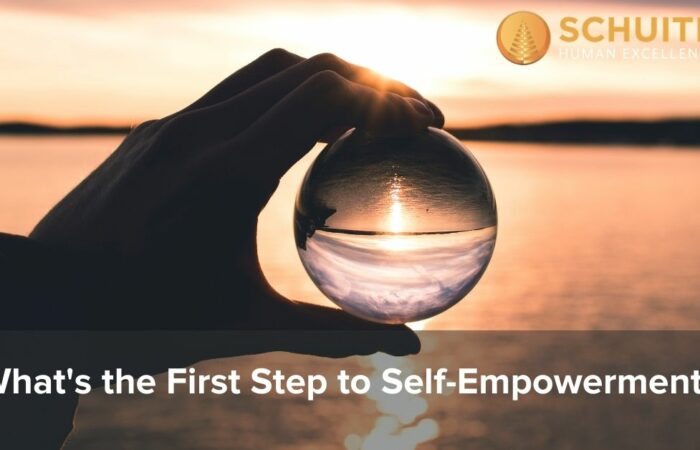 What’s the First Step to Self-Empowerment? 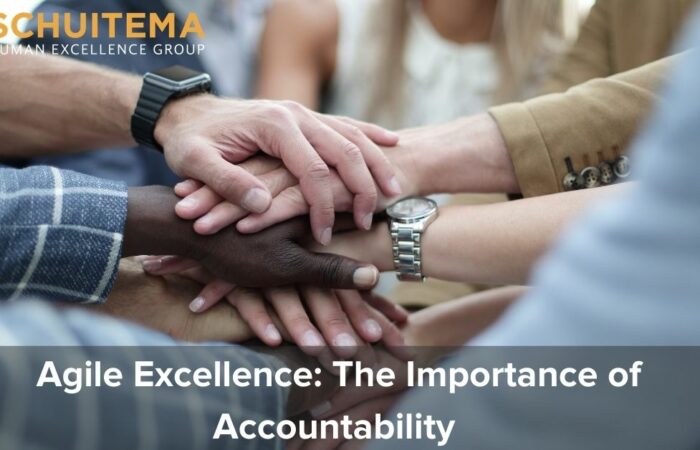 Agile Excellence: The Importance of Accountability